Message: I was born and raised in a beautiful seashore city, Chennai and it is the fourth largest metropolitan city in India. I have done my B.Sc in chemistry at Madras university, Chennai. I completed my M.Sc degree in chemistry at Indian Institute of Technology Madras, India. After that I qualified a national level entrance examination for research fellowship. In 2005, I moved to Trivandrum for my PhD under the supervision of Dr. A. Ajayaghosh. During my stay in Trivandrum, I mainly involved in the design and study of advanced functional materials based on carbon nanotubes and conjugated organic molecules. My thesis was entitled as “Self-assembled Functional Hybrid Materials: Design of Stable Organogels, Superhydrophobic Coatings and Fluorescent Imaging Materials. In November 2010, I joined the Stoddart Research Group as a postdoctoral fellow. Then In November 2011, I joined as joint postdoctoral fellow in Coskun Group. I am happy about being here with a dynamic research group and working with hybrid materials. In my spare time, I enjoy listening to music.
Newer Post Older Post Home 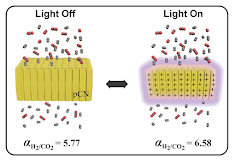 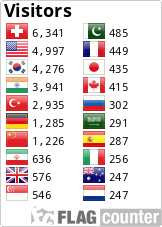